Most taxpayers sit down to do their annual tax return, or wait to hear from their tax return preparer, with some degree of trepidation. In most cases taxpayers don’t know, until their return is completed, what the “bottom line” will be, and it’s usually a case of fearing the worst while hoping for the best.

Most taxpayers are, of course, hoping for a refund – the bigger the better. A lot would be happy to find that at least nothing is owed to the Canada Revenue Agency (CRA), or that an amount owing is not significant.

The worst-case scenario, for all taxpayers, is to find out that they are faced with a large tax bill and an imminent payment deadline, and that they just don’t have the money to make the required payment by that deadline. For those who don’t have the means to pay a tax bill out of existing resources, that likely means borrowing the needed funds.  And, while that will mean paying interest on the borrowing, the interest cost incurred will likely be less than that which would be levied by the CRA on the unpaid tax bill.

If a tax bill can’t be paid in full out of either current resources or available credit, the CRA is open to making a payment arrangement with the taxpayer. While, like most creditors, the CRA would rather get paid on time and in full, its ultimate goal is to collect the full amount of taxes owed. Consequently, the CRA provides taxpayers who simply can’t pay their bill for the year on time and in full with the option of paying an amount owed over time, through a payment arrangement.

There are two avenues available to taxpayers who want to propose such a payment arrangement. The first is a call to the CRA’s automated TeleArrangement service at 1-866-256-1147. When making such a call, it is necessary for the taxpayer to provide his or her social insurance number, date of birth and the amount entered on line 150 of the last tax return for which the taxpayer received a Notice of Assessment. (For taxpayers who are up to date on their tax filings, that will be the Notice of Assessment for the return for the 2018 tax year). The TeleArrangement Service is available Monday to Friday, from 7 a.m. to 10 p.m., Eastern time.

Taxpayers who would rather speak directly to a CRA employee can call the CRA’s debt management call centre at 1-888-863-8657 or can complete an online form (available at https://apps.cra-arc.gc.ca/ebci/iesl/showClickToTalkForm.action) requesting a callback from a CRA agent.

The CRA also provides on online tool, in the form of a Payment arrangement calculator (available at https://apps.cra-arc.gc.ca/ebci/recc/pac/prot/lngg?request_locale=en_CA), which allows the taxpayer to calculate different payment proposals, depending on his or her circumstances). That calculator includes interest charges since, no matter what payment arrangement is made, the CRA will levy interest charges on any amount of tax owed for the 2019 tax year which is not paid on or before April 30, 2020. Interest charges levied by the CRA tend to add up quickly, for two reasons. First, the interest charged by the CRA on outstanding tax amounts is, by law, higher than current commercial rates. The rate charged is currently 6%. Second, interest charges levied by the CRA are compounded daily, meaning that each day interest is levied on the previous day’s interest charges. It is for these reasons that a taxpayer is, where at all possible, likely better off arranging private borrowing in order to pay any taxes owing by the April 30 deadline.

Finally, there is one strategy which is, in all circumstances, a bad one. Taxpayers who can’t pay their tax bill by the deadline sometimes conclude that there is no point in filing if payment can’t be made. Those taxpayers are wrong. Where an amount of tax is owed and the return isn’t filed on time, there is an immediate tax penalty imposed of 5% of the outstanding tax amount – and interest charges start accruing on that penalty amount (as well as on the outstanding tax balance) immediately. For each month that the return isn’t filed, a further penalty of 1% of the outstanding tax amount is charged, to a maximum of 12 months. Higher penalty amounts are charged, for a longer period, where the taxpayer has incurred a late-filing penalty within the past three years. In a worst-case scenario, the total penalty charges can be 50% of the tax amount owed – and that doesn’t count the compound interest which is levied on all penalty amounts, as well as on all unpaid taxes. In all cases, no matter what the circumstances, the right answer is to file one’s tax return on time. This year, for most taxpayers, that means filing on or before Thursday April 30, 2020. For self-employed taxpayers (and their spouses) the filing deadline is Monday June 15, 2020. However, for all taxpayers the payment deadline for all 2019 income tax owed is Thursday April 30, 2020. 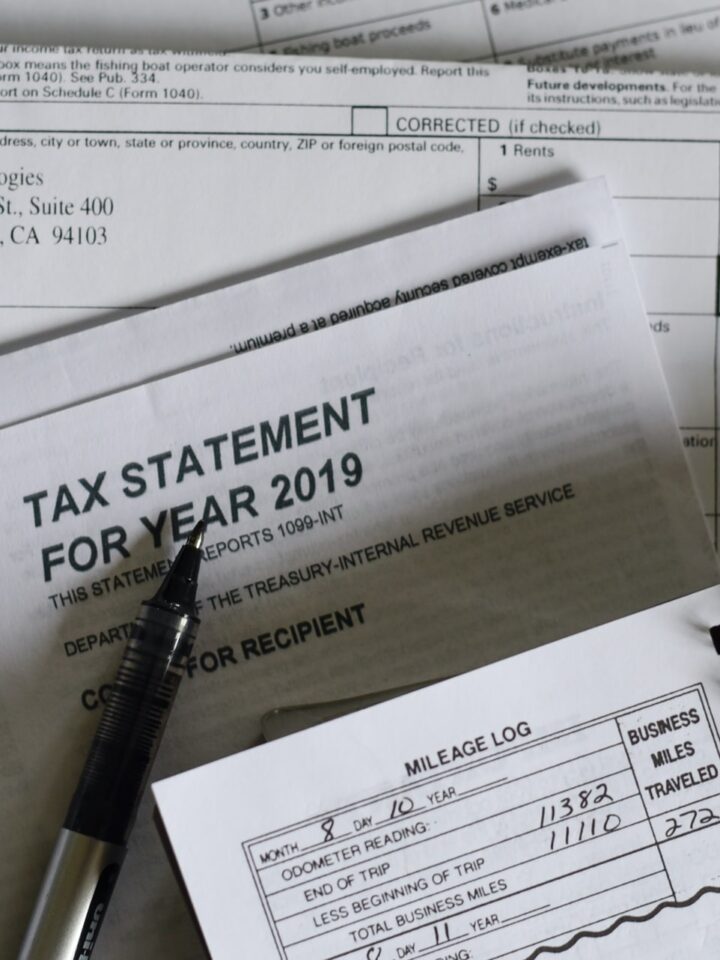